Tips on making sure efforts from your place of privilege contribute to actual positive outcomes.

When thinking about charitable deeds, giving food to the homeless is likely one of the first things that comes to mind. And that might turn out to be a bad thing… if carried out without the proper research.tmh

Soup kitchen Need to Feed the Need (NFN) explains that people who don’t coordinate with existing social workers are likely to be contributing to wastage.

Incidences of this wastage tend to spike around festive seasons when people are in a more charitable mood. One such festivity is the recently concluded month of Ramadan.

She explains that individual actions that come from this desire to “do good” can lead to more than just food wastage but also other negative outcomes like encouraging people away from established distribution spots, or for children to roam the street at night expecting handouts, just to name a few.

“You might think that you are the only one going out to do this, but there are going to be seven or eight others who also think they’re the only ones out there,” she says.

“Sometimes it’s a big group of people distributing in an area where there are only 10 people. How much food can people eat in one night?”

Founded in 2013, NFN itself is self-admittedly newer to the Kuala Lumpur soup kitchen circles compared to more established names.

However, they were quick to establish themselves as consistent contributors after identifying a gap in soup kitchen activity on Thursday nights in the Chow Kit area. NFN was registered as a legal entity by 2014 and recognised as a non-governmental organisation (NGO) by the Registry of Societies (ROS).

They currently set up shop at Medan Kasih on Lorong Medan Tuanku 2, madamejane one of Kuala Lumpur City Hall’s (DBKL) designated service centres for the urban poor in central KL. They maintain occupying the Thursday night spot, with the other nights being occupied by fellow soup kitchens Kechara Soup Kitchen, PERTIWI and KASEH4U.

The team is currently made up of seven core members that make up the management and operations team, about 25 permanent crew members, and a five-member board of directors that oversees the organisation.

Rina attributes the success of NFN to the identifying of the gap on Thursday nights, because it was an actual missing link to the system at the time. And she suggests for people who want to participate to do similar research.

NFN head of operations Mark Ian Timms explains that every organization plays a different role within this systematic collaboration, from food distribution to healthcare. Getting coordinated with your local soup kitchen or NGO therefore gives you insight to what is actually needed by the community.

“It’s basic stuff, like in Medan Tuanku, we know that on average it’s going to be 230 men, 100 women and 100 children. So, if you’re planning to give out kids’ toys, we can help make sure you have enough,” he says.

“If you collaborate with NGOs we can tell you statistics. We can let you know if we have provided enough meals, and you could look into perhaps getting diapers for the children or milk formula instead.”

Beyond coordinating with other soup kitchens, NFN themselves also coordinate with NGOs that provide other services to the underprivileged.

In between the food distributions, they may find that their soup kitchen’s patrons are in need of other support, and work by referring them to the right NGO’s such as Hospitals Beyond Boundaries for medical attention.

“We also collaborate with Kedai Jalanan UM to give clothes. And each of these organisations have their own unique approaches, which are fantastic and are all aligned towards upholding dignity,” Mark says.

Stressing on the fact that all the longstanding organisations, even after years of experience, choose to collaborate and coordinate with each other, Rina hopes that newcomers see it as a necessary right step forward instead of a deterrent from volunteerism.

“All you have to do is come, do a bit of research and see how others are currently doing what they are doing. It’s not going to cost you anything,” she says.

If you would like to get involved with NFN, they are most active on Instagram but you can also stay updated on their Facebook Page. Their “crew calls” for volunteers take place every Monday. 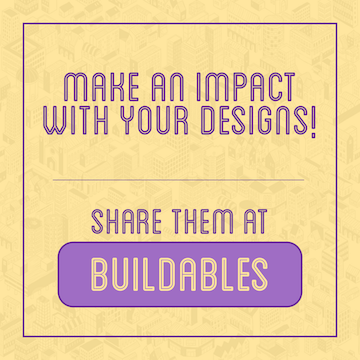